I don't know what triggered it, but I've been carrying an ear worm for the past 3 days.  It is Billy Joel 's River of Dreams.  So I pulled it up in You Tube, and I listen to it several times daily.  I can't decide if I want it as part of my memorial service.  So far, I've picked I'll Fly Away and Will the Circle Be Unbroken as musical selections for that day.  I'm not  super keen on church music.
Posted by CeltChick at 6:52 AM No comments:

5-9-21 ETA:  The ribbed brim of the Clingman's Dome Cap is now 3.25", needing only .75" before I start the texture pattern.
* * * *
5/2/21
Got a phone call from someone with a strong Indian or Pakistani accent, saying he was calling from UPS.  He asked (I think) if I had received a box of cards (?).  I just could not figure out what he said; we have a lot of scam calls from people who sound like this fella.  Sometimes they try to ship unordered back or knee braces to us, so I got rude with this guy and hung up. Half an hour later the door bell sounds, Plaidman goes out to find a big box on the porch.  No return address.  Looks suspicious.  Plaidman opens it, lots of brown wrapping paper, and one very special item:
A copy of the 3rd Army WWII campaign map.  One of the troops in Big Tom's unit made several for the unit, this one was Tom's.  Good ol' Brother Mike must have found it while cleaning house.  We are jist thrilled to have it!  Now to see about conserving it & finding a framer, which I'd like to have done by the Plaidman's birthday.
^*^*^*^*
In knitting news, the Mountain Hiker hat was finished 4/30, and it fits every head in the house except the cat's.  Also on Friday, I restarted the Clingman's Dome hat; I hope I've read the pattern and the instruction to purl below  will not throw a spanner in the works.  This one is two solid colors, so the stitch definition  should be better.
Posted by CeltChick at 8:04 PM No comments:

can you spell relief

I went to a periodontist weeks ago, for relief of jaw problems associated with cancer treatment.  The doctor found some necrosis around the back molar, which has been a long-standing issue.  He proposed treating it with laser ablation, so I saw him today for that.  Of course, I had to take 3 numbing injections into a very sore area!  I squealed like a stuck pig; oral injections are not high on my list of fun things to do.  When my jaw was numb enough (just!), some probing with a sharp pick located a loose piece of necrotic bone.  Dr. West pulled it out (OUCH) and used the laser to tidy up the back of the molar (more OUCH).  I'll return in about a week to make sure it heals well.  Let's hope this works, at least for awhile.  The doctor said this condition could recur, and will be managed rather than cured.  Terrific, add it to the cancer, the degenerated discs, the arthritis, etc.
▪▪▪▪▪▪▪▪▪▪▪
I'm working the crown decreases of the Hiker hat.  I'll try to get a photo tomorrow.
Posted by CeltChick at 8:38 PM No comments:

The state where Brother & his late wife resided is not a community property state.  Even if it were, the wife owned that house before she married Brother, so it wasn't aquired during their marriage.  Her kids are not fond of Brother, and they have been anxious to acquire their Mama's estate.  And I don't know why I'm so concerned for Bro's future; he's a smart guy & has likely made arrangements himself.
•••• ○○○○○ ••••••
The charity hat measures 7" from the cast on.  Plaidman tried it on and says there's no way it could fall or be blown off.  The next one will have K2, P2 ribbing, for a softer stretch.  And maybe a solid color, too!
Posted by CeltChick at 2:08 PM No comments:

Plaidman's sister just called, to let us know Plaidman's SIL passed away last night.  SIL was not super close to P-man's family, but Brother D loved her very much.  Her kids from 1st marriage will inherit most of her estate, possibly including the house.  Brother is a bit old to be house hunting & moving, so I hope her kids will give him plenty of time to move, or maybe just let him rent the place for a while.  The neighborhood is not the best, it would likely be in their interest to have someone in the house.  Whatever they choose, poor Brother is already abused, because the state limits funeral attendance to 10.  Her family numbers well over 10, so Brother will be all alone at his wife's funeral, no one from his family at all.
Posted by CeltChick at 8:09 PM No comments:

Two days ago I felt like two or three days of work would finish this hat.  So I failed to work on it at all for the past two days.  In my defense, we all hied away to the IHOP yesterday, ate like there would be no tomorrow, then went home & napped until the dinner hour.  Can't get much done when food coma strikes. That was not my only problem.  I'll be seeing the periodontist (not nearly soon enough) late this month, for the sequela  of the parotiditis of 2019.  My jaws hurt, I get a big headache, and the only thing that gives any relief is a heating pad applied to the jaws & temple, left side.  I found a way to secure it there without having to keep my hand on it, so got some rest.
^^^^^^^^^
I measured, and have knit 6" from the cast on of the charity hat.  After making the brim 4" deep, I figure it needs 3 or 3.5" more knit in pattern before the crown decreases.  Gotta work on it more.  But not tonite!
Posted by CeltChick at 9:36 PM No comments:

I started watching Life Below Zero last night, but only got a couple minutes into it before realizing I'd seen two days ago.
Back to the channel guide, I see Epix has its own. So I found my current fave, Brittania, and watched two more episodes.  Now, I had tried to get the show on Monday, but kept getting a message about the HD definition on our cable box, which I couldn't resolve.  Now I know the trick is to get to the Epix channel, and find the show from there.
÷÷÷÷÷=====
I didn't get much knitting done, as the show requires some concentration to follow the dialog with English accents and the doggamned whispering that composes half the dialog.  Why, oh why must the whispers compete with the dramatic music?!?
Posted by CeltChick at 6:20 AM No comments: 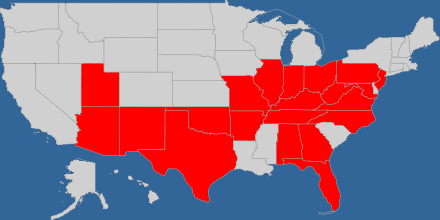 What Book Are You 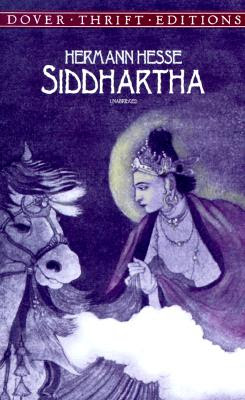 You're Siddhartha!
by Hermann Hesse
You simply don't know what to believe, but you're willing to try anything once. Western values, Eastern values, hedonism and minimalism, you've spent some time in every camp. But you still don't have any idea what camp you belong in. This makes you an individualist of the highest order, but also really lonely. It's time to chill out under a tree. And realize that at least you believe in ferries.
Take the Book Quiz at the Blue Pyramid.

Which Pirate Are You?

You are The Cap'n!

Some men and women are born great, some achieve greatness and some slit the throats of any scalawag who stands between them and unlimited power. You never met a man - or woman - you couldn't eviscerate. You are the definitive Man of Action, the CEO of the Seven Seas, Lee Iacocca in a blousy shirt and drawstring-fly pants. You're mission-oriented, and if anyone gets in the way, that's his problem, now isn't? Your buckle was swashed long ago and you have never been so sure of anything as your ability to bend everyone to your will. You will call anyone out and cut off his head if he shows any sign of taking you on or backing down. If one of your lieutenants shows an overly developed sense of ambition he may find more suitable accommodations in Davy Jones' locker. That is, of course, IF you notice him. You tend to be self absorbed - a weakness that may keep you from seeing enemies where they are and imagining them where they are not.

What's Yer Inner Pirate?
brought to you by The Official Talk Like A Pirate Web Site. Arrrrr! 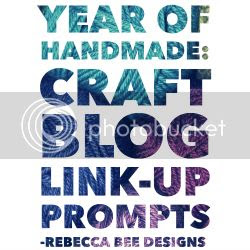